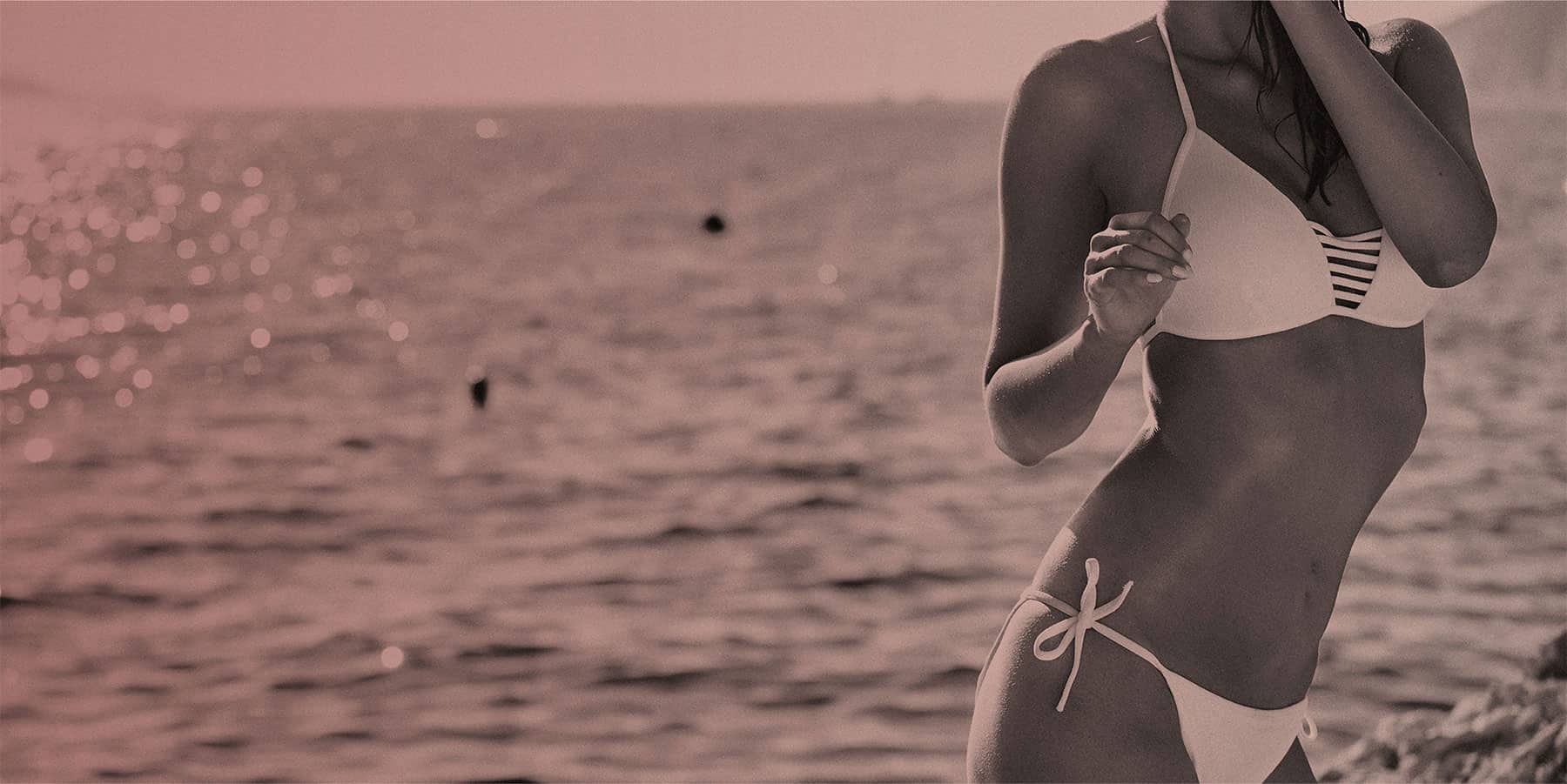 Onda Coolwaves is the latest permanent fat reduction treatment in the medical aesthetic scene. Coolwaves™ refer to special microwaves that selectively target fat cells and reduce localized fat deposits in a safe, effective and non-invasive way. Onda Coolwaves™ microwaves are emitted in a controlled fashion, focusing energy only where it is needed.  The smart device includes a high-tech skin cooling system that cools the skin as it counterbalances the heat issued by the microwaves. This preserves the derma, and ensures total patient comfort while reducing risks, inflammation and side effects.

Coolwaves™ is able to deeply disrupt the membranes of subcutaneous fat cells safely and effectively.

Coolwaves™ effectively target the connective tissue between the adipose lobules in the more advanced stages of cellulite.

Coolwaves™ induce an immediate shrinkage of the collagen fibres in the dermis and stimulate the production of new collagen, making the tissue more compact and toned.

Localised fat deposits refer to an increased accumulation of fat cells at the side of hips, buttocks, thighs and the medial face of the knee. They tend to be stubborn to exercise and diet regimes.

Cellulite is mostly present in Gynoid subjects, often found in the front and back of the thighs, knees and buttocks. It is usually more obvious when the skin is pinched although in severe cases it appears even when the subject is relaxed.

If left untreated, the process gradually and inexorably develops into the following phases:

Stage I – Oedema:  reversible, characterised by venous-lymphatic stasis, hypo-oxygenation and insufficient drainage of the interstitial fluids. The skin appears spongy and less elastic. Stage I cellulite, usually occurs at the ankles, calves, thighs and arms and is caused by an accumulation of fluid (edema) within the adipose tissue.

Stage II –Initial Fibrosis: normally the fat cells are wrapped in a net of very fine reticular fibres. The persistence of conditions characterising Stage I gives rise to a breaking away of these fibres which react by increasing in number and thickness. The skin appears pallid, spongier, hypothermic, and hypoplastic, and paresthesia begin to manifest with the typical “orange peel” appearance.

Stage III – Fibrosclerosis and Micronodules: stasis becomes accentuated and the entire skin structure breaks down. The collagen and reticular fibres degenerate and tend to create a fibrous, compact weft which encapsulates the fat cells and forms true micronodules. The progression towards sclerosis generates further compromise and distress of the tissues. The skin features described above

are accentuated and pain is felt with palpation. In this type of cellulite there is a greater production of connective-fibrous tissue, and the adipose tissue is harder, with possible formation of small nodules.

Stage IV – Sclerosis and Macronodules: the fusing together of several micronodules, leading to the appearance of large macronodules that are painful to the touch. The macronodules can also fuse together. At this stage, which is irreversible, the skin takes on a typical “mattress” physiognomy. Skin streaks appear and there is pain, both spontaneous and with palpation. In this case the nodules that are created are larger and the adipose tissue becomes even harder.

Skin laxity occurs when there is a relaxation of the dermal-epidermal tissues and subcutaneous layer as a consequence of:

Is the treatment painful?

No, the treatment is completely comfortable. This is because only 20% of the energy goes to the dermis and the heat produced is counterbalanced by an advanced cooling system. The remaining 80% of energy generated penetrates into the fat.

Coolwaves technology is designed so that only 20% of the energy goes to the dermis, while the remaining 80% of the energy penetrates into the fat, acting effectively on the lipocytes.

The situation is quite different with RF handpieces where the heat tends to be felt at the surface rather than penetrating deep into the dermis. In fact, for CoolwavesTM, the conductivity of the outermost layers of skin is at least 3.5 times higher than that of the commonly-used RF irradiation systems in aesthetic medicine (Graph C). That means that most of the RF energy gets stuck in the epidermis and dermis, heating them up to such an extent that there is a risk of tissue damage.

Figure 14. (A) Thermographic image of ex-vivo tissue, seen in section, treated with coolwaves on the left image. A “hot zone” can clearly be seen just below the top layers of the skin, which stay cold and are therefore displayed in blue. The image next to it (B) corresponds to a similar ex-vivo tissue treated with bipolar radiofrequency. The tip effect where the electrodes and the skin come into contact clearly creates a strong rise in temperature on the surface, while deeper the tissue remains cold, which proves that it is not possible to reach the correct treatment temperatures in the subcutaneous fat.

Moreover, as the RF energy remains close to the surface, it fails to reach the hypodermis where the fat cells are located, and whose membranes must be broken for the treatment to be effective.

When Coolwaves™ target adipose tissue, it produces the following effects:

Figure 13. H&E histological image before (on the left) and after (on the right) treatment with Onda. In the post picture, collagen in the dermis appears pinker (eosinophilus indicating its greater concentration. The heat causes in fact the shrinking and tightening of collagen that aggregates leaving free white spaces, clearly visible in an H&E image.

The typical “orange peel” texture of cellulite is determined by the consistent presence of large fibrous shoots of collagen that lead to a constriction of the natural lobulation of adipose tissue, as well as adipocyte hypertrophy and water retention. The energy of the Coolwaves™, absorbed by fibrous connective branches, causes the solubilization of the collagen to take place, with consequent debridement of the tight non-elastic weft that strangled the lobules. The solubilization of collagen, in addition to producing the loss of the pitted appearance of the skin, also makes it possible to reactivate the fibroblasts which are stimulated to produce new, more elastic collagen.

The heat produced by the Coolwaves™ in the dermis it causes either an immediate collagen shrinking and a consequent tightening.